As you drag the open dot on the input line, the corresponding closed dot on the output line also moves . The idea is for the student to try and identify the function by exploring the properties of the function in this new context.

To aid the investigation there are various levels of built-in help that the student can use: display tick marks on the number lines, display the scales or, if all else fails display the functions.

Following each function is a Question page asking students to describe the function they have been investigating. Once students have entered their answer (but only then) they can check it against a suggested answer.

Two pages of teacher notes and a tns file with 10 functions for students to explore. 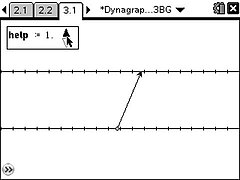 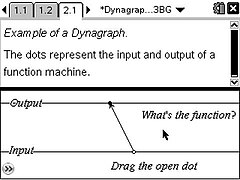 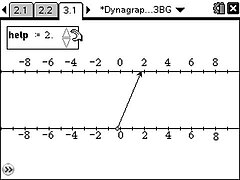 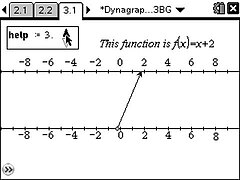 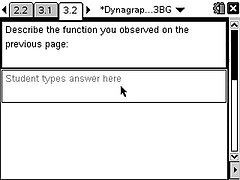 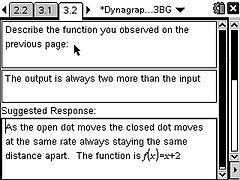 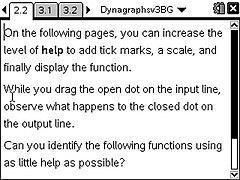