A simple version of the maximum-area problem for younger students

This activity is based on a problem in which a farmer wants to build an animal pen onto the side of a barn so that the pen has the largest possible area. The farmer only has 100 units of fencing available. The second part of the activity (an extension) considers the same amount of fencing being used to build a pen in the middle of a field.

The emphasis of this activity is on developing the concept of area, particularly how the shape of the pen changes from long and thin to being more square.

In the first activity, it is important that children discover that the pen with the largest area is not a square but a rectangle that is twice as wide as it is long. This is an interesting contrast to the pen of maximum area in the second activity.

This activity has been used successfully with year 6 and 7 students as part of an investigation into area. 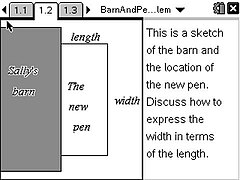 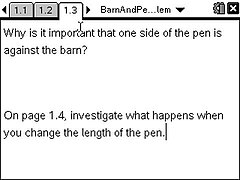 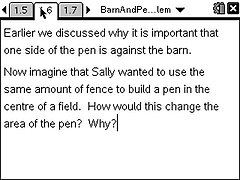 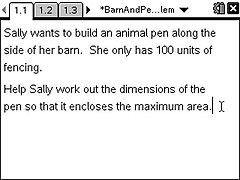 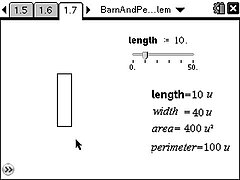